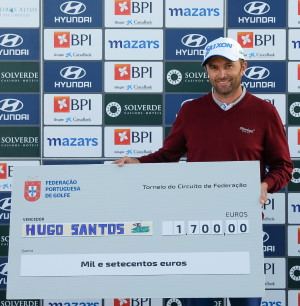 This weekend, 13th and 14th november 2021, the 5th Tournament of the Portuguese Golf Federation Circuit was played on the magnificent San Lorenzo course, in Quinta do Lago, Algarve.

There were 84 players who were on the field, between professionals and amateurs, fighting for the title of the last tournament on the Circuit this season, but also for its ranking, as well as for the National BPI ranking.

The Algarve professional Hugo Santos was the big winner of the 5th Tournament of the Portuguese Golf Federation Circuit, which ended yesterday at the San Lorenzo Golf Course, in Quinta do Lago, Algarve.

In 2nd place, just 2 shots away, was professional Tomás Santos Silva, who confirmed the position he occupied yesterday, with a total of 143 (-1) shots.

Vitor Lopes and Pedro Lencart finished in 3rd place, tied at PAR on the field, and Leonor Bessa secured 5th place overall, with an aggregate of +1, confirming the superiority of the professionals in this last tournament on the FPG Circuit.

The Spanish Isabel Laulhe, from CG Vilamoura, won the Gross Ladies classification of the 5th Tournament of the Portuguese Golf Federation Circuit, with an aggregate of 148 (+4) shots, after rounds of 75 and 73. 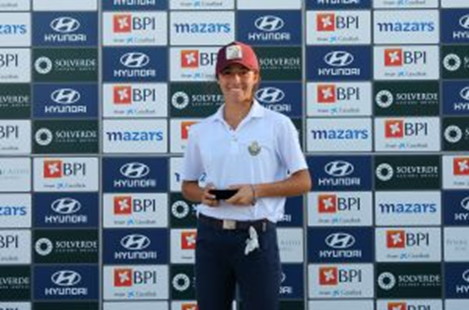 Sofia Barroso Sá, from Associação Quinta do Lago, took 2nd place with +9, and Luciana Reis, from CG Miramar, closed the podium with +14. Luciana was also the winner of the Net ranking, with 150 net hits.

In the Gross Men classification, Alexander Amey, from CG Vilamoura, was the big winner, confirming the Algarve club's dominance this weekend at the San Lorenzo Golf Course. 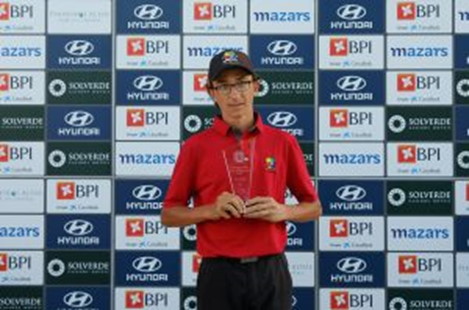 With an aggregate of 149 (+5) shots, with laps of 74 and 75, Alexander won two shots over Ricardo Garcia, from Oporto GC, and Francisco Ataíde, from Quinta do Peru, both tied for 2nd position, with +7. Francisco Reis, from CG Orizonte, with 145 net shots, won the men's Net classification. 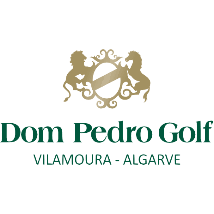 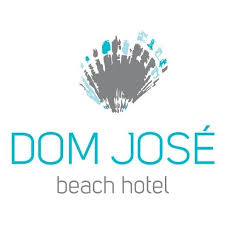