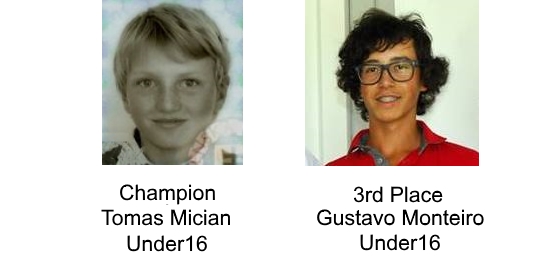 Luca Lopes and Henrique Rebelo due to their results only played two laps.

In the younger ones in Under12, João Crasi Alves almost reached the podium and was in 4th place with 153 strokes (77 + 76). The winner was Tomás Afonso Araujo with 146 strokes (71 + 75) and there were two players who were tied in 2nd place with 149 strokes. These players were António da Silva Trindade from Quinta do Peru and Gabriel Sardo from Quinta do Fojo.