Played at Quinta do Perú, at Azeitão 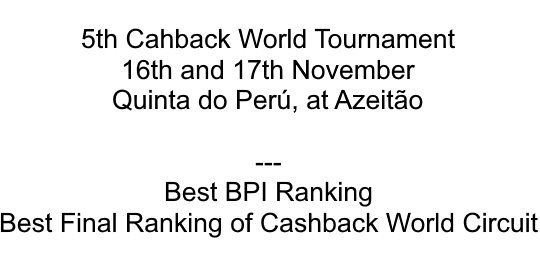 This tournament was the last to count for the National Ranking - BPI, as well as the final Gold rankings for stroke play games and Silver for Cashback World Circuit net games.