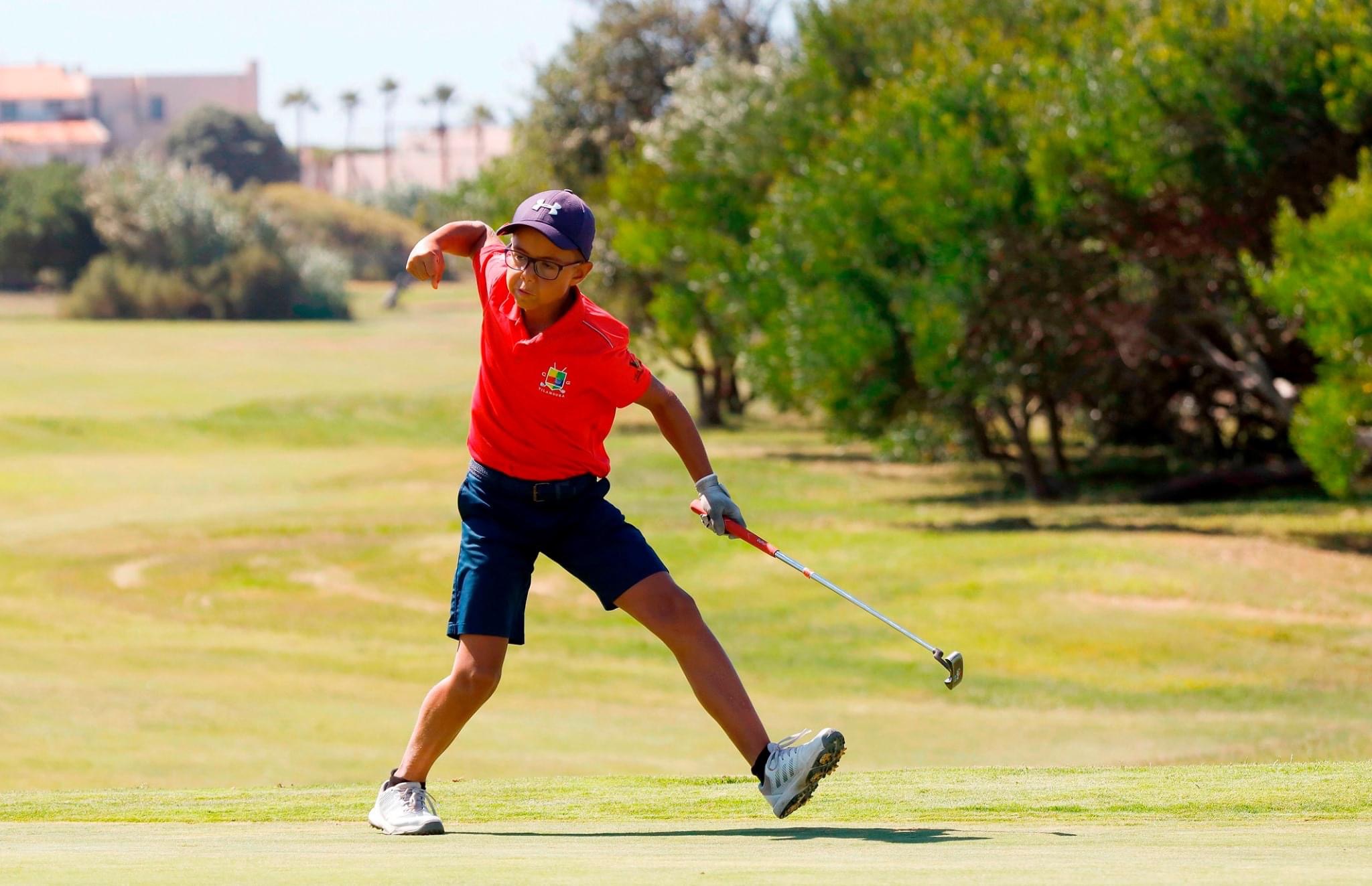 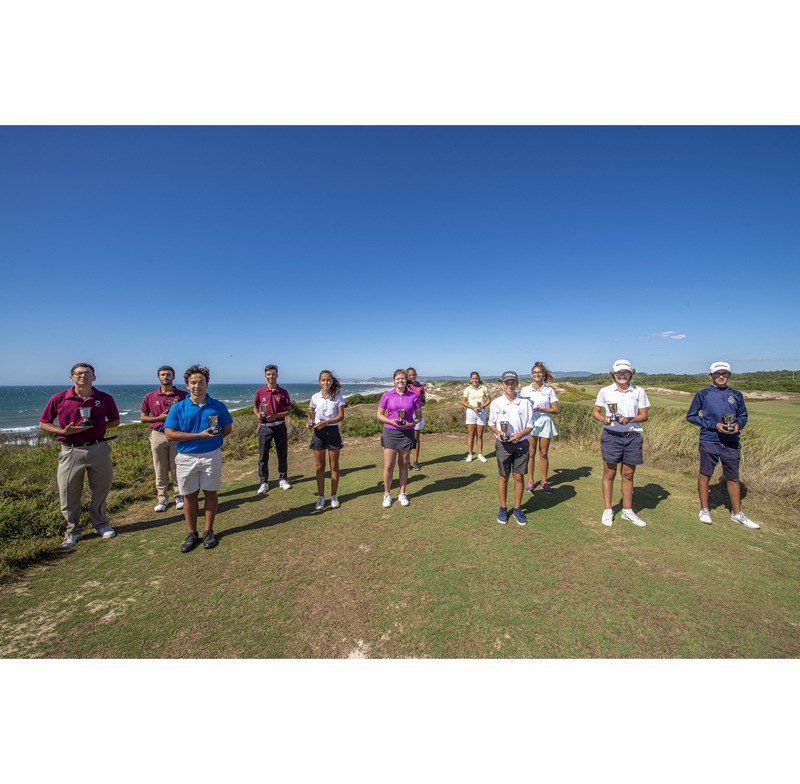 Another edition of the National Youth Championship has come to an end with the consecration of six champions at the Estela Golf Club, in the under-18, under-16 and under-14 levels, and three at the Club de Golf de Miramar, where the sub -12 and sub-10. A festival of national amateur golf, starring more than 130 young golfers.

In a tournament in which no player defended the title, the National Youth Championship was filled, this year, with news and new champions. Starting with Diogo Mealha, who, in the absence of then champion Daniel Rodrigues, for having entered this summer at an American university, completely dominated the under-18s. The Oporto Golf Club player ended the three rounds with an aggregate of 223 strokes (77 + 70 + 76), seven above the Par of the field, to win the title with a loose 17 shots over runner-up Miguel Rolo, Quinta from Peru, (80 + 77 + 83). Completing the podium was Miguel Krowicki (Vilamoura CG), with 241 strokes (78 + 83 + 80).

The girls' competition, on the other hand, may have presented some surprise, since Leonor Medeiros, champion for a year of under-16, was not able to confirm his theoretical favoritism. After starting at the front, the young woman from Quinta do Peru was overcome in the second round by Ivete Rodrigues, who never left the command and, after signing the best display of the day, ended up lifting the trophy with a total of 233 shots (81 + 75 + 77). The title of runner-up was given to Leonor Medeiros (79 + 77 + 80) and Rita Costa Marques finished in third place (83 + 78 + 79).

Among the under-16s, Alberto Costa Marques (Oporto GC) left no credit for the hands of others and, at the last opportunity, managed to have his best performance of the tournament, overtaking club colleague Pedro Afonso Freitas, leader since the first round. With an aggregate of 234 strokes (79 + 78 + 77), Alberto Costa Marques is the new national champion, while Pedro Afonso Freitas (78 + 78 + 82) was second, ahead on the podium of João Miguel Pereira, from Quinta do Peru, with 241 strokes (84 + 77 + 80).

In the women's under-16 event, Sofia Barroso Sá, in turn, did not compromise her aspirations to become national champion, after being runner-up in 2019, just behind Leonor Medeiros. The young player of the Quinta do Lago Association, leader since the first day, starred today in her best performance at Estela Golf Club and, with a total of 231 strokes (75 + 82 + 74), relegated Ana da Costa Rodrigues (CG Miramar) for the second position (84 + 75 + 79) and Constança Mendonça (Orizonte) for the third position, with rounds of 86 + 85 + 83.

Like Alentejo Mikirtumov, Francisca Rocha managed to surprise the main rival, Inês Belchior, who had commanded the women's under-14 event since the inaugural round. With an ever-increasing performance, the golfer from Oporto Golf Club ended the tournament with 262 strokes (92 + 88 + 82) and reached the maximum title in dispute, leaving the Quinta do Peru player with the runner-up trophy, add 266 (87 + 90 + 89). Aline Marques (Cantanhede) closed its participation in the third position (95 + 101 + 98).

In the under-12 competition, played in two 18-hole rounds at Miramar, the home players dominated the spotlight. Despite not being able to maintain the same exhibition level as the day before, Bernardo Ferreira da Costa was the one who best adapted to the weather and the field conditions to win the triumph with an aggregate of 152 strokes (72 + 80), leaving Gabriel Sardo, from Quinta do Fojo, in second place (81 + 79) and club colleague, Luís António Silva, in third (80 + 85). 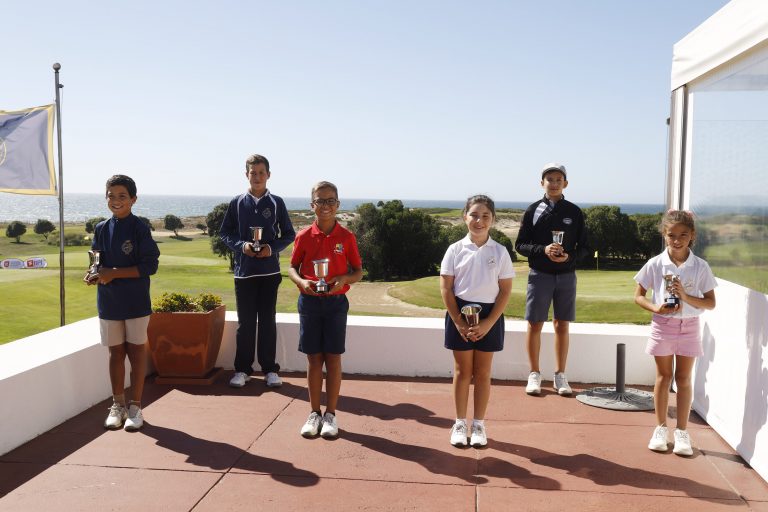 It is recalled that, taking into account the global pandemic context, caused by the covid-19, this year the National Youth Championship resumed the old format of playing in a single event, unlike the last two editions, in which a race was being held. integrated in the Drive Tour, composed of several tournaments and a National Grand Final, and the national champion of each level was the leader athlete of the National Ranking Drive Tour.

“It was the most sensible decision, given the global pandemic, but we didn't know if the players would join. But, in fact, people went back to playing golf and we had 133 young players competing in five levels. It was a good tournament, with a level of participation identical to previous years ”, clarified João Coutinho, national technical director, revealing, however, that it is the intention of the Portuguese Golf Federation to recover the Drive Tour format as soon as possible.

In addition to the "successful tournament", the tournament director, João Coutinho also recalls that "it was windy and the results were quite good for the conditions" that the young Portuguese golfers found in the always challenging layout of Estela Golf Club and Club de Golf from Miramar.