The Regional Final of Drive Challenge Sul took place on 6 September 2020 at Palmares Ocean Living & Golf in Lagos. Play on holes 10 to 18 of the Lagos course.

The Vilamoura Golf Club collected all the trophies that were in dispute, including the best Club in the Southern Region, totaling 14 “gross” victories over the year, leaving the runner-up with 5 victories. 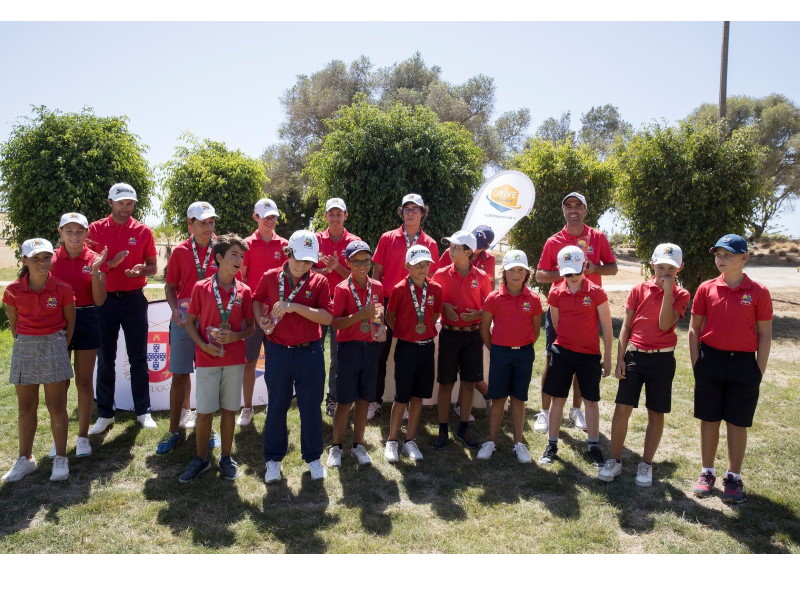 In the Under 10, with the Gross ranking prevailing over the Net, Martim Pinto Johansen won in Under 10, as well as the Gross Ranking.

Under 14 category, the tournament winner was João Crasi Alves. The Gross and Net Ranking also won.

Finally, in Under 18, the winner was Gustavo Monteiro after a close fight with Henrique Rebelo also from the Vilamoura Golf Club. João Alexandre wins Ranking Gross and Ruben Rindlisbacher won Ranking Net, all from Vilamoura.

Congratulations to all Vilamoura players and to all parents for the support needed in their children's sports development.

CG Vilamoura will continue its commitment to forming future champions.

Congratulations to all the Club Coaches who contributed and continue to work on the sports development of our athletes.

Many thanks to all Club members, sponsors and the Board, for the support that this youth never lacked.