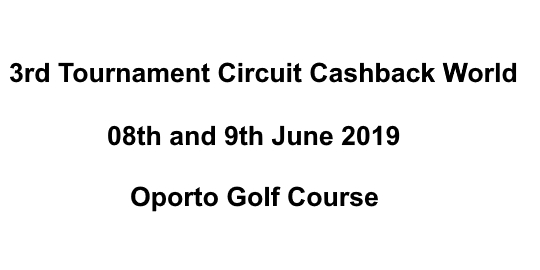 Tomás Mician was in 8th place in the 3rd Tournament of the Circuit Cashback World that was played in the camp Oporto, on 08th and 09th June. The winner was Pedro Lencart Silva, from Miramar and in ladies was Leonor Medeiros, from Quinta do Perú.